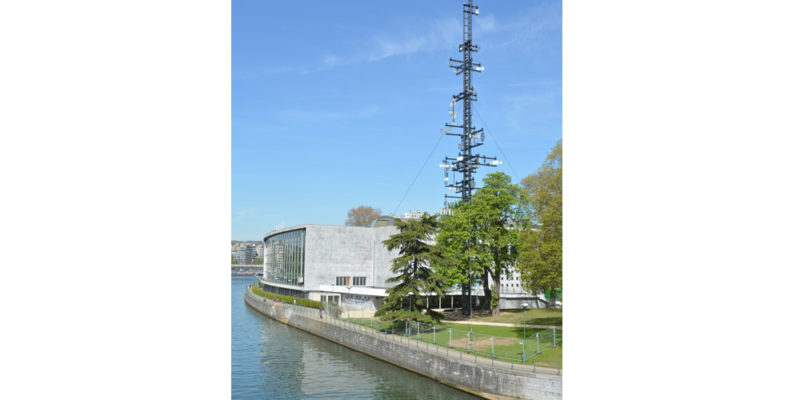 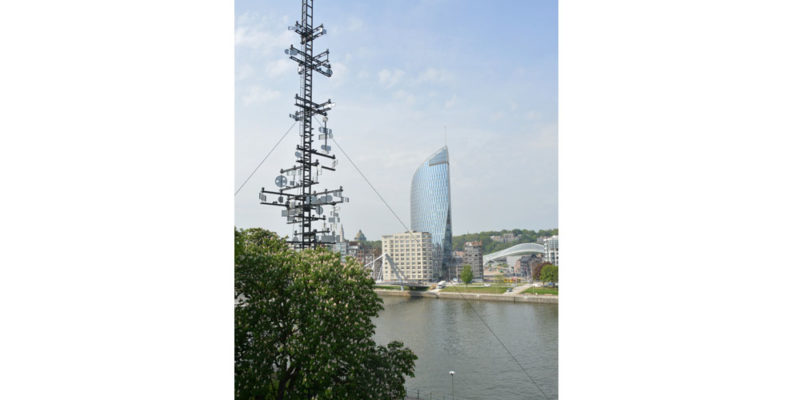 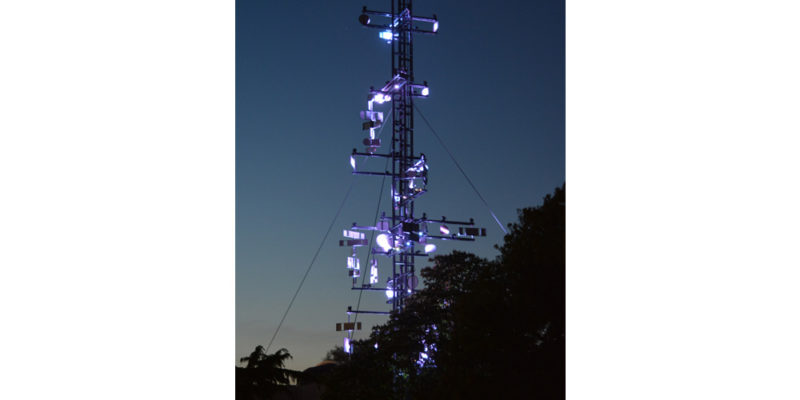 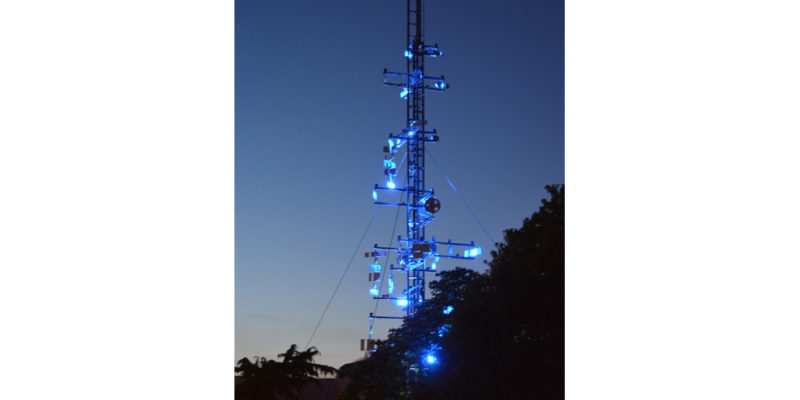 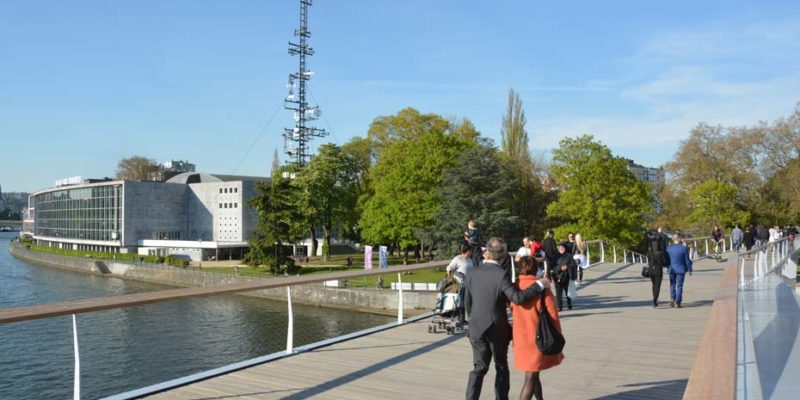 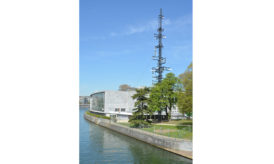 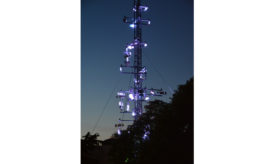 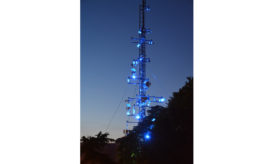 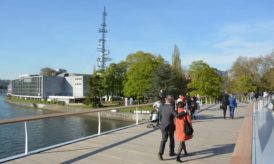 In 1961, the father of cybernetic art, Nicolas Schöffer, erected his most monumental and most sophisticated interactive installation in the Jardin d’Acclimatation and Parc de la Boverie, a listed site right beside Liège Conference Centre (Palais des Congrès de Liège). The cybernetic tower is a 52-metre-high abstract sculpture with an open steel tube structure. It […]

In 1961, the father of cybernetic art, Nicolas Schöffer, erected his most monumental and most sophisticated interactive installation in the Jardin d’Acclimatation and Parc de la Boverie, a listed site right beside Liège Conference Centre (Palais des Congrès de Liège).

The cybernetic tower is a 52-metre-high abstract sculpture with an open steel tube structure. It is made from a series of blades of different shapes and sizes, which transform when triggered by an electronic brain. Aside from the metal structure, the whole cybernetic system is operated by three ‘organs’: a lighting system, a sound system and an electronic brain. The latter controls the whole tower by triggering the movement, music and lighting.

In 1997, the cybernetic tower and the technical and physical components which enabled the creation of the random program and “Shapes and Lights” show became a listed monument. In 2009, the Walloon government included it on the list of monuments of exceptional cultural interest in Wallonia.

The series of very precise procedures which had to be followed as a result of the tower’s listing meant that the restoration project could be planned in collaboration with the Wallonia cultural heritage institute (Institut du Patrimoine wallon), the royal commission for monuments, sites and archaeological digs (Commission Royale des Monuments, Sites et Fouilles) and the Wallonia public service restoration department (Direction de la Restauration du Service Public de Wallonie).

Inytium’s involvement was to design and install the tower’s animation technology.

The main interactions of the tower were not altered from the original, but the technology of the blade movements, sound and light effects was updated. The sound aims to replicate the sound effects recovered and mastered from original sound recordings. Other operating systems were investigated with a view to making the cybernetic tower more interactive using activity recognition devices located in the city and on the tower’s website and Twitter account.

The tower animation is triggered by urban environment configurations which Nicolas Schöffer himself selected (light, rain, wind, temperature, noise level, humidity) and other factors he had considered at the time but had not used, including the level of activity in the city.

Sensors were installed to measure the wind speed and direction, humidity, sunshine, atmospheric pressure, rainfall, temperature and noise level and to detect traffic in the immediate vicinity of the tower (passers-by, vehicles, boats, etc.).

The website will communicate with the server of the main computer. A dynamic page will give a real time detailed graphical representation of the tower and its activity. Users can interact with the tower via an app and, for even more fun, can trigger colour effects via the Twitter account.

Naturally there will also be information about Nicolas Schöffer and his work, the history of the tower, an illustrated technical description and photos of the workings of the original tower, sound and audiovisual archives and a description of the restoration.

The technology provided by Inytium:

Come and visit us